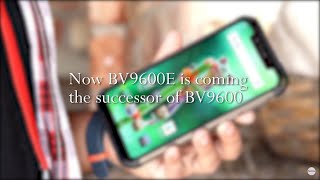 According to the official disclosure, Blackview’s star model BV9600 series has sold 800,000 units worldwide. In the spring of 2020, a new device called BV9600E is about to be released, which is called a classic continuation by outside media.

The Chinese manufacturer Blackview draws attention to its upcoming outdoor smartphone BV9600E via press release. For a so-called rugged model, this cell phone with its 9.8 mm thickness is quite flat, the predecessor has a thickness of 18.7 mm. The highlight is the fingerprint sensor integrated in the screen. Such a feature is gradually becoming established in the middle class. With the 6.21-inch AMOLED screen (19:9), the Blackview BV9600E can be assigned to the Phablet. The memory of the phone is properly sized with 64 GB flash and 4 GB RAM.

The improvement in the operation of the processor is important, which improves the performance by 70% compared to the previous phone of the brand. In addition to having a lower energy consumption. This model has a fingerprint sensor integrated into the screen, which stands out for its fast operation and its precision. Both the front and the back are made of glass on the device.

Mobile devices marketed as outdoor smartphones are usually quite bulky, but new technologies such as the in-display fingerprint sensor are now saving space in terms of design. The Blackview BV9600E is protected against dust, water, chemical substances and falls and is still thin under one centimeter. Unusual for a specimen of this kind: the back is made of glass. The heart of the phablet is the MediaTek Helio P70 chipset. Its CPU can use four Cortex-A73 cores and four Cortex-A53 cores, the maximum clock speed of which is 2 GHz each. The manufacturer states that compared to the Helio P23 of the BV9500 Plus there is a performance boost of twelve percent and a 25 percent reduction in power consumption.

We are facing a technical sheet that aims high, and that seeks to integrate the rugerized phones into the lives of more people. For example, if we go for a bike ride and a storm breaks out, the rain will not prevent us from continuing to use the Blackview BV9600E as a GPS to return home.

On the other hand, being manufactured under the LSR (liquid injection) process, it is resistant to water, dust, moisture, acids, alkalis and other extremely harmful chemicals . This means that we can take it anywhere, such as the beach, for example, without having to worry much about its durability and resistance, since it will endure everything.

In summary, it can be said that the Blackview BV9600E is not only suitable for outdoor fans, but can also be absolutely convincing in everyday use. If you have often had a problem with broken displays or your cell phone has fallen victim to other exceptional situations, this cell phone would be a great alternative to the otherwise rather sensitive smartphone.

Its official market launch is scheduled in March. The price with which it will come has not been clarified yet, although soon we will be knowing more details about the phone.