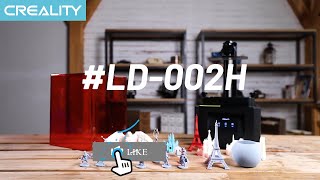 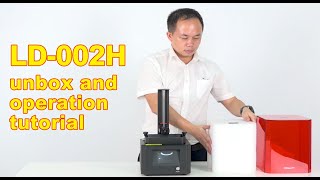 The Chinese brand of 3D printers, Creality, is trying to make this technology available to the masses. With simple device assembly options, control thanks to a lightweight UI and 3D models available almost everywhere, it’s a toy even for the less able. Creality LD-002H is the latest model in the segment of UV resin printers.

Compared to the first generation, it contains improvements and a new red design. The most significant improvements clearly include a print speed of up to 1 – 4 s per layer, larger print dimensions of 130 x 82 x 160 mm or a 2K LCD screen to capture the greatest possible detail.

Our verified seller of Creality printers, e-shop Banggood, has included in the offer the improved Creality LD-002H so far only in Chinese stock. A coupon and European Railway Direct Mail train service are available for this, which is slower but is free and you do not pay customs duties.

However, if you are very interested in this 3D printer, you can also choose the more expensive EU Priority Line transport, with which the package will be delivered to you from 15 to 20 working days.

The resin 3D printer segment is not so popular, but there are still rock fans who prefer them to those classic FDM printers. Creality LD-002H is basically an improved version of Creality LD-002R and brings faster printing and different dimensions for printing.

Now to the numbers themselves. The print speed here is 1-4 s per layer, which is a significant improvement over 6-18 s per layer. The print size has dimensions of 130 x 82 x 160 mm, where there is also a difference compared to the previous model.

The front also contains a 3.5″ touch screen, which is used to control the Creality LD-002H 3D printer. Many printers only contain segment displays that are operated by a button, so this is an advanced feature.

Of course, there is also the possibility of printing 3D models via a USB key, it has an activated carbon filtration system, a simple leveling system or practical software for editing 3D models called CHITU BOX.

When printing, you can use a conventional solid photosensitive resin, a standard resin, an elastomeric resin, a high-strength resin, a dental resin or a transparent resin.