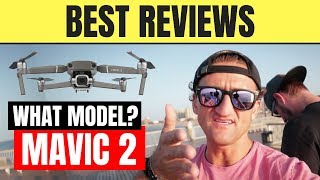 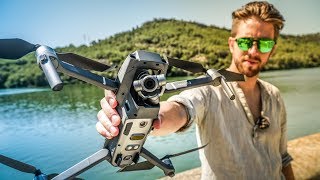 The main chip DJI Mavic 2 Pro, the price of which is set at around 1449 US dollars, is the use of a Hasselblad camera. Thus, this is the first quadrocopter with a camera from a Swedish manufacturer. It uses a 20-megapixel inch sensor, similar to what was installed in the Phantom 4 Pro.

The contribution of Hasselblad lies in optics, optimization and processing. The equivalent focal length of the lens is 28 mm, and the aperture is F/2.8. The new drone supports a ten-bit D-Log, Hybrid Log Gamma and is capable of shooting video in 4K HDR resolution.

DJI Mavic 2 Zoom will cost cheaper – $1249. On the one hand, this quad copter is simpler in terms of camera characteristics: a 12-megapixel sensor measuring 1/2.3 inches. The main chip lies in the name – the lens of this drone covers a focal length of 24-48 (eq.), That is, the quadrocopter has a double optical zoom. To it is added a double digital zoom and if you shoot video in Full HD at the expense of a crop, the quality will not be lost, and the focal length will increase to 96 mm (eq.). Mavic 2 Zoom can also record 4K video at 30 frames per second. The video bitrate will be 100 megabits per second.

Interestingly, a new Dolly Zoom mode appeared: the camera holds the object, the drone flies back, but due to the zoom, a unique effect is obtained, which is often used in feature films.

Also, it was the Mavic 2 Zoom that got Super Resolution mode, which works in the telephoto position of the lens (48 mm): the drone shoots 9 photos and glues them into one, creating a 48-megapixel photo.

Mavic 2 Pro and Mavic 2 Zoom both received the Hyperlapse mode: a timeline in motion on a preprogrammed route.

The difference between Mavic 2 Pro and Mavic 2 Zoom is only in the cameras, the Quadrocopters themselves are the same. Here DJI took great care about the flight time, increasing it to 31 minutes. New drones develop speeds of up to 72 kilometers per hour. In this case, the propellers became even quieter.

From the point of view of software, the ActiveTrack system was updated, which not only learned to better monitor the object, but also anticipated its movement if it disappeared from sight: for example, a car can go over a mountain or hide in trees – the drone will continue to track it, thanks to artificial intelligence.

Also updated the controller. The main innovation is the ability to receive video in Full HD quality at a distance of up to 8 kilometers. For comparison, in the previous version the transmission distance was twice less, and the quality was only 720p.

Drones began to be sold immediately after the presentation: it was this that DJI explained the delay in the announcement of the device and the large number of leaks.