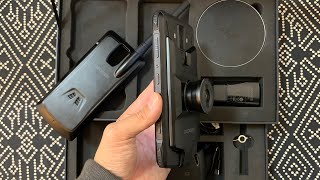 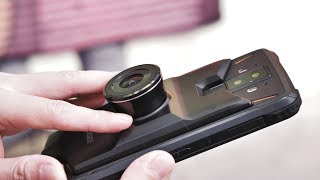 Some days ago, we wrote that the Chinese brand Doogee is preparing a new rugged walkie-talkie smartphone Doogee S80, but it turned out that this is not the only novelty of such a plan, over which the manufacturer works. It is already known that by the end of the year a rather interesting modular security device Doogee S90 will be announced.

At the moment we don’t have much technical information but, from what little we read in the official press release, we can certainly say that Doogee S90 will be a unique smartphone: it will support accessory modules such as extra battery, telephoto lens, walkie-talkie, speaker with amplifier, projector and others to adapt to the different needs of users improving / enhancing some of its features.

The launch is scheduled for December, but we are already able to take a look at it in some official images.

The concept of a modular smartphone is not new, as LG and Motorola have already launched smartphones with these features in recent years, but Doogee S90 seems to reinterpret it. On the back of this smartphone, there is a 24-pin pogo-pin connector with 24 contacts through which the various accessory modules will be magnetically fixed: simply bring the module closer to the cover of the smartphone, without removing the back cover or turning off the phone. And you’ll be up and running in less than a second.

In technical terms, little is known about the Doogee novelty – the MediaTek Helio P60 chip and a dual main camera. But the interest is that the device, like Motorola devices, will be able to connect additional external modules. In particular, there is an additional battery, an advanced camera, a walkie-talkie and a projector.

Obviously Doogee S90 will work even without its modules, which will be sold separately to enhance some features of the terminal. Regarding the technical data sheet, we know that the smartphone will be characterized by premium specifications with a SoC Mediatek Helio P60 and a display with notch. We just have to wait until the end of the year to know something more, so do not lose sight of us.