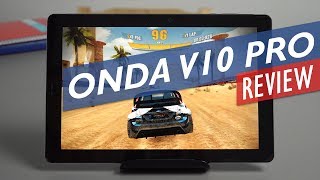 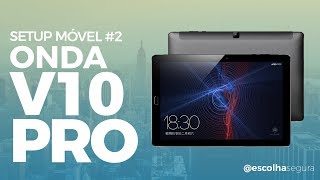 Onda has announced the release of the Onda V10 Pro tablet, based on the SoC MediaTek MT8173. Its configuration includes only four cores, but two of them are quite productive Cortex-A72, in addition to the two familiar Cortex-A53. The processor cores operate at a frequency of 2 GHz, and the SoC also includes the PowerVR GX6250 graphics accelerator.

The amount of RAM and flash memory is 4 and 64 GB respectively, and there is also a microSDXC card guide. The back cover and the ends of the tablet Onda V10 Pro are a single metal part, the screen is made using OGS technology, which reduces possible glare from external light sources. Uses a 10.1-inch IPS matrix and a resolution of 2560 x 1600 pixels.

In addition to the dual-band Wi-Fi adapter 802.11ac and Bluetooth 4.0, GPS support is claimed, which is not so common in tablets. A fingerprint sensor is integrated into the Home button on the front panel, the rear and front cameras are equipped with 8 and 2 megapixel sensors. In addition to the microUSB port, there is a microHDMI video output. Together with a battery with a capacity of 6600 mAh, the weight of the Onda V10 Pro tablet is 576 g, and its dimensions are 250 × 164 × 9 mm. The novelty works under the control of two OS: Android 6.0 with the shell Onda OS and Phoenix OS with the window interface.