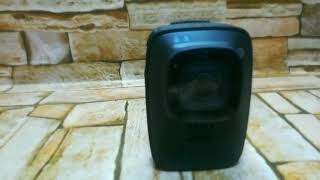 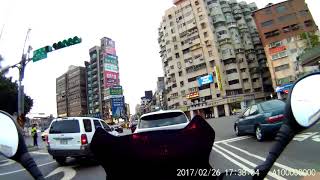 SJCAM A10 (Bodycam) is a portable camera that attaches directly to your clothes and records everything that happens. Similar cameras have existed for a long time. In some countries, they are used by law enforcement agencies. Hunters and just enthusiasts also use these devices to record their adventures on video. Today we will talk in more detail about SJCAM A10 – a new portable sports camera from a popular Chinese manufacturer.

The first thing that immediately attracts attention to the A10 is the LEDs around the lens. Theoretically, this will give an opportunity to improve work in low light conditions and at night. The official specifications of the camera confirm that the A10 has an infrared shooting mode. This is, perhaps, the main feature of this model. Night vision allows you to shoot everything that happens even in almost total darkness, as well as the advantageous SJCAM A10 on the background of conventional action cameras.

Despite the fact that the camera is designed for installation on the shoulder (or belt), the presence of a 2.0-inch touch screen will give you more opportunities for shooting and focusing. With the built-in display, you can also view your recordings at once and quickly change the camera settings.

Another cool feature of SJCAM A10 is that this camera can be used as a DVR in a car (there is a special holder in the package). In addition, according to the specifications, this camera is compatible with the remote control.

On the left side, the A10 has a record button and a button for activating the night mode. The processor is installed here Novatek 96658, and the image sensor Sony IMX 323. Specifications state that the camera can record video in FHD 1080p format at 30/60 fps. Yes, there will most likely not be 4K support, but the average user and FHD 60 fps will be behind the eyes. The camera takes pictures at a maximum quality of 12 megapixels.

One important thing that is missing here is electronic image stabilization (EIS). For the camera, the EIS is simply “must-have”, but how good the A10 copes with recording the video, we can learn only after real tests.

According to some comments on the Facebook page of SJCAM, this camera does not have a waterproof aqua box, instead the camera itself is protected from dust and splashes. This, in turn, is a huge advantage over some previous models of SJCAM. The camera is charged via the USB Type-C port, and the battery capacity is 2650 mAh.