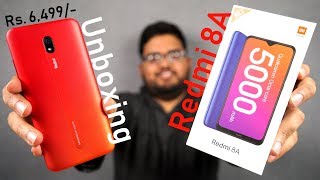 Redmi 8A is a budget phone from Xioami

Foreign media believe that the new smartphone code named M1908C3IC is Redmi 8. The device has appeared in the TENAA database relatively recently. However, today was published new information indicating that it is Redmi 8A. A famous insider has uploaded a series of “live” photos of the working prototype of the smartphone, as well as announced the technical characteristics of the device. Photos allow not only to estimate the concept of design, but also reveal some peculiarities of the novelty.

The “Device Info” tab lists the nickname of this smartphone – “Olive”. This model works under the Android 9 Pie operating system with the MIUI 9.7 software shell. Redmi 8A is a budget smartphone equipped with a central processor Snapdragon 439. The main configuration is 4 GB of RAM and 64 GB of internal memory. One of the screenshots confirms that the device is equipped with a 5000 mAh battery.

Speaking of the design concept, in the upper part of the display there is a drop-shaped notch inside which there is a module of the front camera. The back panel is made of glossy plastic. On it there is a double module of the main chamber, as well as a fingerprint scanner. The exact timing of the launch of Redmi 8A remains a mystery, as its predecessor came on sale less than three months ago. That’s why the novelty will be released not earlier than autumn.

Obviously, this smartphone will become one of the most affordable in the budget price segment. The developers have managed to significantly change the design concept of the device, as well as to increase the duration of its operation in standalone mode.