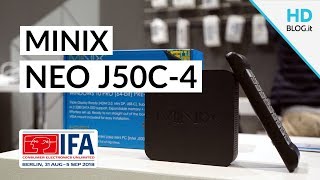 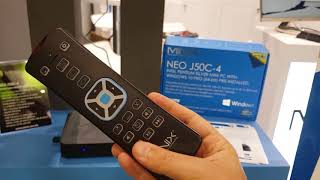 On the other side we have the most powerful Android box that Minix has ever made. So powerful that the company almost “is ashamed” in the sense that it has not announced until the last moment, and not before having upgraded to Nougat the previous Minix U9-H, update in roll out just in recent days.

In fact, the Minix Neo X39 is equipped with an esa-core processor, 4 GB of LPDDR4, 32 GB of eMMC 5.1, and supports simultaneous output on two screens at 4K @60Hz, via HDMI and USB-C. In addition, for the first time, one of the 4 USB Type-A is of type 3.0, for greater speed. What do you need so much “Power” is hard to say: maybe to do some more game than normal, while keeping more apps in memory, but it is clear that the Netflix certification is still a mirage, so you’ll have to settle for 720p streaming from the well-known service. Price of $180 with availability in mid-October, but it is Minix itself to recommend U9-H unless it is the user himself to want some extra hardware detail that has this Neo X39.

Final note on the software: go out with Nougat, but it will be updated to Pie jumping Oreo, but do not ask us when, because it is likely that we will talk about it next year.