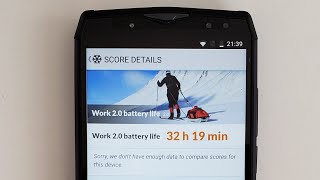 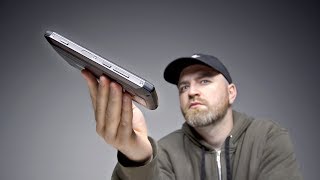 For months now, rumors and the first bits of information about the new battery monster from Ulefone, the Power 5, have been circulating in the worldwide data network. Now the smartphone has been officially released and the expectations of numerous interested parties have been fulfilled. The phone has the expected battery capacity of 13,000 mAh. What the Ulefone Power 5 has otherwise still drauf, shows the editorship of inside handy.

13,000 mAh: With this battery capacity, the Ulefone Power 5 has, according to the manufacturer, currently won first place among the battery giants. Accordingly, the built-in energy storage should be sufficient for 52 hours of uninterrupted calls or 7 days without a charger to be able to do. In stand-by mode, the battery charge should even last for 1,100 hours or just under 46 days.

In contrast to ordinary smartphones, which usually have an energy storage capacity of 3,000 to 3,500 mAh, the Ulefone Power 5 has a fairly long charging time of 2.5 hours. Considering, however, that the battery is almost four times as large, the charging speed – if the information is correct – is no surprise. Fast charging technology ensures speed. Furthermore, the device can also be charged wirelessly. However, this would take at least nine hours.

Apart from the high battery capacity, the smartphone has an unusual leather outdoor look as well as a large 6-inch display in the modern and rimless 18:9 format. This results in a very good case-to-screen ratio of 90.8 percent. The resolution of 1,080 x 2,160 pixels is also acceptable, although the resulting pixel density of 404 ppi is not exactly convincing. On the other hand, the operating system looks better. Here, Ulefone relies on Google’s latest software version: Android 8.1 Oreo.

Meanwhile under the hood beats a MediaTek MT6763 CPU with Octa-core and a clock frequency of up to 2 GHz. The system is supported by 6 GB of RAM, while the internal memory is 64 GB and can be expanded by up to 256 GB using a micro SD card. The manufacturer also installed two dual cameras with 21.0MP and 5.0MP on the back 8.0MP and 5.0MP on the front. The built-in Sony IMX230 sensor of the main camera offers an f/1.8 f-number.

In addition to the obvious highlight of the Power 5, the battery capacity, the device also has a number of other interesting functions. Thus, the manufacturer not only integrated a normal fingerprint sensor, but also a face recognition feature with which the smartphone can be unlocked in the best iPhone X manner in 0.1 seconds. Another interesting feature is the built-in action button, which, true to its name, can be used to start quick actions such as switching on the camera or recording voice. What is negative, however, is that the smartphone does not have IP68 certification despite its outdoor design. Furthermore, the 3.5 millimeter jack connection seems to be missing – at least this is indicated by the fact that a USB type C to 3.5 millimeter adapter is included in the scope of delivery.