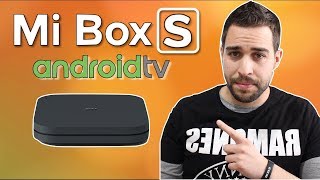 Again something new from Xiaomi, which is actually not that new. The Xiaomi Mi TV Box S is based on the Xiaomi Mi Box 3, but offers a few advanced features. These could be quite interesting for one or the other.

We can not understand the sometimes euphoric coverage of the new Xiaomi Mi Box S, which is popping up everywhere in the English and German-speaking world. For the new Mi TV Box S is as mentioned above again only a product variation of Xiaomi, which is nothing more than a modified Xiaomi Mi Box 3 in the heart. A gadget, which the manufacturer already presented in May 2016.

The Xiaomi Mi Box S itself brings little advantage over the Xiaomi Mi Box 3, only the Bluetooth standard has been changed from version 4.1 to version 4.2. Otherwise, here is a Cortex A53 CPU, installed with a clock of up to 2 GHz and a Mali 450 GPU.

The memory is further composed of 2 GB of DDR3 RAM and 8 GB of eMMC internal memory. In 2016, this was pretty solid, today I would say that the storage standards are almost outdated. However, the things the box is meant for are still enough.

Also with the connections there are no innovations. There is an HDMI 2.0a interface, a USB-A 2.0 port and a 3.5 mm jack connection available. In your comments to our review of the Xiaomi Mi Box 3, many CG users had wished for an Ethernet port, unfortunately this was not realized in the Xiaomi Mi Box S. Even fast data transfer via USB-A 3.0 remains denied to us, instead simply the old USB 2.0 standard was adopted.

In addition to the already mentioned upgrade to Bluetooth 4.2, the second wireless connection is of course 802.11 a / b / g / n / ac dual-band WiFi. As with the Xiaomi Mi Box 3, the hardware for 4K image playback is 60 FPS with HDR enabled. In the area of ​​the sound the Dolby standards DTS HD and Dolby True HD are supported. An update to more current formats, such as Dolby Atmos or DTS: X, but there is apparently not a pity!

Actually, there is only one big difference to the Xiaomi Mi Box 3, the Mi Box S supports the Google Assistant and can be part of your Smart Homes! This was in the included remote control, similar to what it may already know from the Amazon Fire TV, a microphone installed.

With the corresponding button on the remote control not only the Mi Box S can be operated with voice commands, but also other smart home gadgets. In addition, the Mi Box S is delivered “out-of-the-box” with Android TV 8.1. On the Mi Box 3, however, Android TV 6.0 is pre-installed, but Android TV 8.1 is available as an update.

The Xiaomi Mi Box S was introduced to Google Pixel 3 yesterday as part of the Google Keynote. In the US, the box is already available from 19 October at the American retailer “Walmart”.

Currently, there is no information regarding how much the novelty will cost. However, experts believe that the price of the device will be about 60-80 dollars, that is how much the current version of the gadget is worth. It is noted that if users already have a TV box Mi Box 3, then they do not make sense to purchase a new device.