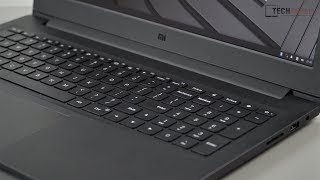 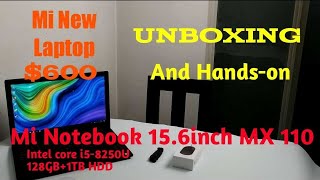 Xiaomi has introduced a new 15.6-inch notebook. The Xiaomi Mi Ruby notebook has in the standard configuration over 4 GB of RAM. This should be expandable up to a size of 32 GB. As SSD Xiaomi built a 128 GB model. For additional storage, a 1 terabyte HDD is available. The device is powered by an Intel Core i5-8250, the graphics output via a Geforce MX110.

The comparison of the technical data of the two 15.6-inch notebooks shows which components Xiaomi has saved on the Ruby. So the Xiaomi Mi Ruby has to be content with only a 128-gigabyte SSD, while the Pro variant has a standard 256 GB SSD. In addition, comes in the Pro version of a fast NVMe variant of Samsung used, while the Ruby probably has to take with a SATA SSD Vorlieb. For Xiaomi installed, however, still a 1 terabyte hard drive, which in turn does not exist in the Pro model.

There are also differences in the battery. While a 60-watt-hour version with quick charge function is installed in the Pro model, the Ruby only has a 40 watt hour model, without the possibility of being able to charge it quickly. Of course, the weaker battery also has an effect on the battery life: surfing the internet is possible with the Ruby, according to Xiaomi, for 6 hours without an outlet, while the Mi Notebook Pro has 8.5 hours.

Also the used graphics chip Geforce MX110 performs worse in terms of performance than the Geforce MX150, which is used in the Pro model. The displays are also different. Although both versions offer a viewing angle of 178 degrees, while the Pro model reflects, the display in the Ruby is dull. For it lights up with 250 Nits not as strong as the version installed in the Pro model, which offers a brightness of 300 Nits.

In terms of interfaces, the devices also differ. Looking for USB-C ports at the Ruby in vain. It offers two USB-3 and one USB-2 connection option. Due to the missing USB-C port, an external monitor can only be connected to the Ruby via the HDMI interface. 4K models can only drive it at 30 hertz, while the Pro variant creates 60 hertz thanks to the USB-C. But the Ruby has a Gigabit Ethernet port that the Pro does not have to offer. Both devices have an SD card reader.

With 433 MBit/s, the maximum Wi-Fi connection speed for the Ruby is only half as high as for the Mi Notebook Pro with 866 MBit/s. The touch-pads are about the same size for both devices at 6 inches. However, a fingerprint scanner is integrated in the touch-pad on the Pro model.

With the Xiaomi Mi Ruby Notebook is aimed primarily at beginners, who are the slightly better equipped Pro models are too expensive. Due to the slightly larger weight and the significantly weaker battery use, the Ruby is far less suitable for mobile use than the Pro version. However, if you want to use it as a desktop workstation, the model is not bad.

However, the pre-installed Chinese version of Windows is likely to replace most users with a German version. For the Pro model, this was easily possible without the need to reactivate Windows 10. It should also be noted that the model is only equipped with a QWERTY keyboard. If you type a lot, it will not bother you much. Little tippers may buy keyboard stickers.