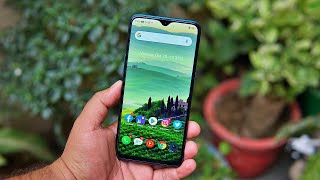 The Realme 3 Pro has its official premiere, which may mix up a lot among the average people – the smartphone has a strong specification, a double camera and a capacious battery, and all this at a great price. After the premiere of Realme 3, Realme 3 Pro, a variant with improved specification and a better photo sensor, appeared on the arena. Time to get to know its capabilities and price, which allows it to compete with hits from Xiaomi Redmi Note 7.

The newest smartphone of the developing manufacturer is equipped with Snapdragon 710, one of the most powerful processors designed for the mid-shelf segment. The Snapdragon 710 has the power to handle the day-to-day tasks and successfully drives many similar models. The Realme 3 Pro chipset supports 4 or 6 GB of RAM, as well as 64 or 128 GB of memory for the user’s personal files.

In addition to good performance, the smartphone boasts a decent battery with a capacity of 4045 mAh. The cell will be supplemented with VOOC Charge technology with a power of 20 W, but it is worth noting that the medium charging port is microUSB.

The smartphone has received a 6.3-inch IPS screen with Full HD+ resolution and protection from Gorilla Glass 5 glass. In the upper part of the matrix there is a popular water drop-shaped indentation, inside which there is a 25MP self-camera.

On the rear panel, there is a dual camera in a vertical LED configuration. The main unit has 16 MP and operates the Sony IMX519 sensor, which can be found in OnePlus 6T. The lens aperture is f/1.7, and the whole is supported by electronic image stabilization (EIS). The second camera has 5 MP and f/2.4 aperture. Photographic background is supported by software with dedicated night mode, HDR and portrait mode. In addition, Realme 3 Pro can record HD movies at 960 frames per second.