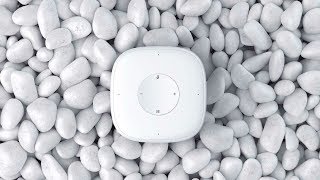 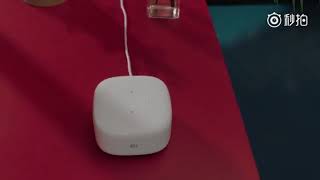 One of the three products Xiaomi, presented today in Shanghai, was a new voice assistant Mi AI Mini Speaker. This was not a surprise, because a week before the release of the network already appeared photos of the novelty.

Dimensions of the speaker – 90 x 90 x 50 mm, weight 210 g. It is available only in white. At the top of the device there are four microphones, as well as volume buttons, microphone mute and a play / pause button. In the middle there is a LED that lights up when activated.

The Xiaomi Mi AI Mini Speaker can signal with an alarm, notify about news, provide information about sports games, calculate the distance and duration of trips. The novelty of Xiaomi can also be used to control the devices of the Xiaomi smart house system, for example, with a vacuum cleaner, air conditioner, air cleaner, smart lamps and televisions.

The speaker works from a quad-core 1.2 GHz processor. It has a 1.5-inch loudspeaker for 2 watts. Unfortunately, it does not have a built-in battery, but there is a 5 V / 2A adapter that plugs into the MicroUSB port.

Despite the fact that the speaker is able to connect to the Internet via Wi-Fi, you can also transfer audio from other devices via Bluetooth (4.1).

The Mi AI Mini Speaker works with devices running Android 4.4 or iOS 8.0 or higher. Its cost is estimated at 1899 yuan, which is much cheaper than the cost of Amazon Echo Dot and Google Home Mini.