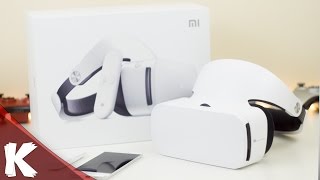 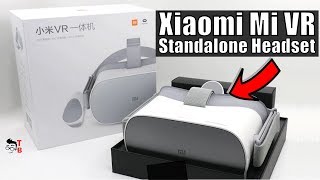 Facebook launched its new “Oculus Go” VR goggles around the world in May and is enjoying great popularity, especially for value for money. For example, the VR glasses were produced by the Chinese technology giant Xiaomi, and the Chinese also developed their own version for the Asian market.

Inexperienced in the virtual reality market, Xiaomi is definitely not. With the VR Play and the Mi VR, the tech giant has already launched its own two models on the market, the financed company YI Technology tinkered with Google on the YI Horizon and YI Halo. Thus, one can assume a high level of expertise, which is also reflected in the technical data of the Mi VR standalone. Like for the VR glasses released by Facebook in May, the standalone also applies: it does not need a cable, a computer or a smartphone.

Affordable (and wireless) VR glasses work so far only a few, but mostly expensive smartphones. The independence of PCs and cables Xiaomi and Facebook want to overcome the obstacles thus far. As one of the few independent headsets (no smartphone needed), the Xiaomi glasses cost just under € 300 , compared to other standalone models like Lenovo’s “Mirage Solo” (~ €500) and HTC’s “Vive Focus” (€700) is cheap. Only the construction-like Facebook glasses can currently undercut that with €219 original price.

Like the Oculus Go, the Mi VR Standalone comes with a built-in Qualcomm Snapdragon 821 processor . This processor is about the first Google Pixel and other powerful smartphones. An old acquaintance is responsible for the cooperation between the social network and Xiaomi: Facebook’s vice-chairman Hugo Barra previously worked for Xiaomi.

The Mi VR Standalone and the Oculus Go are identical and differ only by the brand logo and the software differ. The Mi VR apparently can not access the Oculus ecosystem and gets its own SDK (Software Development Kit). But Oculus can transfer content to the Mi glasses with simple means . So it is also possible with the new system, directly to load films on the glasses, which one can refer to Xiaomi on the Mi Appstore (Mi Market). And: Games of the Oculus Go are also executable on the Mi VR.

Various settings and downloads of games and programs are done on the smartphone. Thus, the headset is not one hundred percent independent, but VR games, 360° videos and apps can also be selected in the glasses themselves. Both headsets are available in a 32 GB version and a 64 GB version, giving them some space for some content.

For a sharp view provides a 2K LCD, which dissolves with 2560 x 1440 pixels. The sound is provided by spatial audio drivers, which are integrated directly into the headset. But who prefers headphones, is happy about the 3.5 mm jack. For a good wearing comfort, the used, “breathable fabric and soft, adjustable strap” (so at least the advertising) worry. The battery should hold on the three hours, which is about the same in time for the subsequent charging.

The VR glasses should make it easier for those interested to immerse themselves in the world of virtual reality. So cables, sensors or the smartphone remain outside in the operation and in the scope of delivery. Why did Facebook and Xiaomi work together? Because Facebook is still subject to Chinese censorship and Xiaomi wants to increase the awareness outside of China. Although the standalone is tailored to the Asian market, over time it will also be possible to use some apps and games that we use in this country.

In that sense, give the Xiaomi VR glasses a little more time and perhaps lower the price, then we have here to do with an attractive glasses, which brings a lot of quality. Or what do you mean?