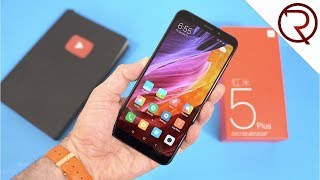 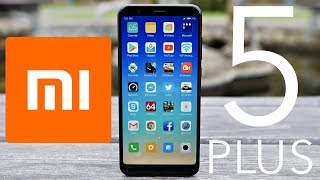 The camera offers the same 12-megapixel sensor as the normal Redmi 5, but gets a dual-LED flash donated. Unlike the normal Redmi 5 here is the support for 5 GHz Wi-Fi available. The battery grows with the device size of the Redmi 5 Plus at a stately 4000mAh and should be enough with the Snapdragon 625 for up to two days of active use. The weight is here at 180 grams, while the thickness is specified with a good eight millimeters.

As operating system runs on the two new Xiaomi smartphones of the Redmi 5 series Android 7.1.2 in combination with the MIUI 9.0. Price is to be seen, when and for how much Xiaomi brings his two new 18: 9 smartphones to Europe. In China, the Redmi 5 costs in the basic version only 800 yuan, equivalent to about 102 euros. For the Xiaomi Redmi 5 Plus, however, at least 999 yuan are due, which is the equivalent of only a meager 127 euros.

If one beats the usual additional costs on imports, the devices should soon be available to importers for about 150 and 200 euros in this country too. The introduction of Xiaomi’s official European distributors should also be made quite soon, so that then for the Redmi 5 probably prices from around 130 euros appear quite possible, while the Redmi 5 Plus probably well below the 180-euro mark.

Light is the soul of space. Light is to space as air is to life. The introduction of light strips in interior design enriches...