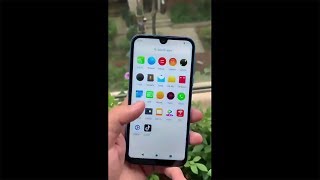 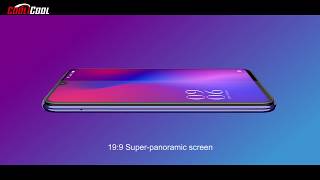 Elephone A6 MINI – a budget smartphone with drop-shaped notch screen

In October, Elephone introduced a prototype of the A6 Mini at the Global Resources Electronic Fair 2018. The device shown in the video is now a stable smartphone. The A6 Mini seems to be ready to go on the market as it is. It seems that Chinese manufacturers seem to prefer to make low-end smartphones with water-drop screens, for example, I introduced the CUBOT R15 last week.

The Elephone A6 Mini appeared recently in some images that show details of the body of this device, indicating that the display will come with notch in drop, water resistance and the digital reader will be located on the side of the device, as the company has already done in the A4 and A5, A6 model. To complete this set, rumors point out that the smartphone will leave the factory with the Android 9.0 Pie, giving a fluid and lightweight interface to it.

Speaking in more detail about the design, Elephone will bring a screen with the notch format in drop, just as several companies brought to market last semester. On the back it is clear that the company has mirrored itself on Xiaomi Mi Play to perform the positioning of the lenses and the LED flash, which are aligned vertically and are isolated on the body.

Using a not too routine strategy, the A6 Mini will come with a digital reader on the side, giving an unlock positioning that pleases users, especially those who are used to the Xperia line from Sony. Despite this configuration, the chosen side can cause discomfort in the first days of use, because it will be on the same side where the on and volume control buttons will be located.

The Elephone A6 Mini – as its name suggests – is smaller and a little less powerful. It has a 5.71 inch HD+ screen (1440 x 720 pixels) in 19:9 format with the usual drop notch incorporating a 16MP camera, while on the back takes place a dual-camera with 16MP + 2MP sensors with LED flash. The rest of the equipment is identical to that of the older brother with side fingerprint, USB Type-C for charging, speakers and in addition even a 3.5 mm audio jack. The battery has a capacity of 3180 mAh. As for the side fingerprint module, I think it is a very novel design and looks cool. UMIDIGI currently has a popular mobile phone One Max also uses this design, if you are interested, you can get to know it.

Elephone has provided two versions for the Elephone A6 Mini: the 4G-LTE version with MediaTek MT6761 and 4GB/32GB/64GB of memory and the 3G version with MediaTek MT6580 and 1GB/8GB of memory, which will cost a little less and will not support high speed mobile networks. In addition, in the latter model the dual-back camera will have lower resolution, with 5MP + 2MP. Both variants will be available in multiple colors (in this case the plastic cover will not have gradient) from January 2019.